The Evolution of the Washed Potato Industry

When you think industry leading, high-tech innovation, the humble potato may not be the first thing that comes to mind. However, the seeds of change have been sewn in the South Australian Potato Market and we are now witnessing the fruits of that harvest.

Potatoes were aboard the ship of explorer James Cook when he claimed eastern Australia for Britain in 1770, and their cultivation began along with colonization 18 years later. Today, various varieties are grown across the continent, from the temperate southern state of Tasmania to tropical North Queensland. According to AUSVEG, Potatoes have grown to become by far the biggest vegetable commodity grown in Australia by volume, with over 1.3 million tonnes of potatoes grown for human consumption and processing in 2017-18. Additionally, potatoes are also the most valuable vegetable crop grown in Australia with an annual value of around $717 million.

About 80% of Australia’s fresh washed potatoes are grown year-round in the sandy soils of South Australia. Most are produced by large-scale farms, which are contracted to grow good-performing varieties for the supermarket chains.

With such a rich history of potato-growing, it’s hardly surprising that Australians know a thing or two about the humble spud.

As consumers become more educated and discerning in their purchasing choices, buying behaviours continue to evolve. A recent Horticulture Innovation Australia survey shows that ‘Provenance’ is becoming progressively important to consumers; they are looking to understand more about the produce they consume and are increasingly invested in the journey from paddock to plate. Other key concerns are quality and freshness, with an expectation that potatoes will remain fresh for approximately 20 days after purchase. 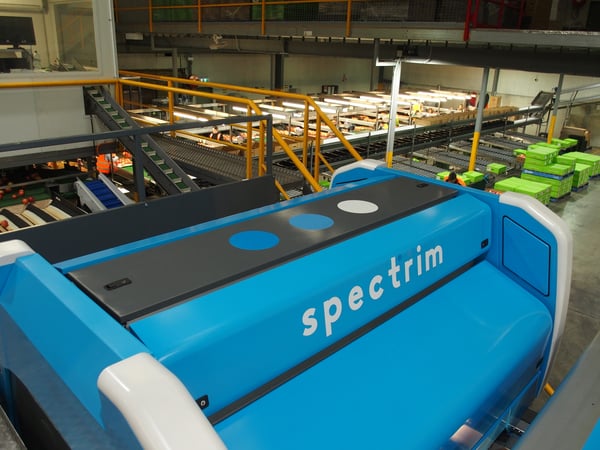 According to the Guardian, a recent scan of large Coles and Woolworths supermarkets in both Sutherland shire in Sydney and Goulburn in the New South Wales southern tablelands turned up just eight or nine different types of potatoes in each store whereas an equivalent UK supermarket chain carried 16 distinct varieties. This demonstrates the headroom that still exists within the Australian market and the opportunity for more exotic varieties as well as premium and gourmet brands.

Meeting these fast-evolving consumer expectations and accessing new export markets is a challenge that Australian Packers and Growers are grappling with. The answer for most is a technological one, creating a high-tech hub that can fast-track premium potatoes from paddock to pot.

Among the new breed of growers and packers rising to meet this challenge is Thomas Foods.

Thomas Foods, a family company built and owned by Chris Thomas, now 65, and managed by his 40-year-old son Darren, is rapidly expanding at the vanguard of Australia’s so-called “dining boom”, the one that’s starting to replace the mining boom.

As part of their plans to expand their capability and support their growth plans, Thomas Food have taken a high-tech approach to potato sorting, with the worlds’ first Compac Spectrim potato grading line as part of major enhancements to their Penfield Gardens-based production facility.

Built from the ground up, Spectrim is the most powerful optical sorting platform ever offered to the industry. Spectrim’s sensors and cameras generate approximately 300 images of every piece of produce at the highest clarity through a combination of superior lighting and high-quality optic, and with a simple point and click interface Spectrim is able to learn and classify different defect types. This enables the operator to tune the system and create sophisticated pack grades with ease – ensuring the consistency and quality of their packout.

Thomas Foods International Fresh Produce CEO, Rod Knight, said the multi-million-dollar Compac potato sorting and grading technology ensures a new level of accuracy and consistency for supermarket retailers and export partners to deliver the most accurately graded potatoes into the hands of consumers.

“The fully-automated Compac sorting machine offers a maximum production capacity of 45 tonnes per hour and a streamlined sorting and packaging timeframe can see delivery to SA-based retail distribution centres on the very same day they are processed,” Mr Knight said.

“The clock is always ticking when it comes to bringing fresh food to market and offering much faster but more accurate processing allows us to sort, pack and deliver potatoes to Victoria and NSW overnight and as quick as two days to Queensland,” he said.

“That means consumers can enjoy fresher potatoes that have been assessed using technology that pays an appropriate level of respect to the ongoing efforts of farmers who have worked hard to grow amazing local-produce for people to enjoy.”

The upgraded facility was designed with the goals of fast delivery, consistency in quality, and food safety. It features a 12-lane Compac sorter with Spectrim grading technology, advanced packing equipment, and automated pallet weighing, packing and wrapping processes. Spectrim, with nine cameras on each of the 12 lanes, ensures 100% inspection of each potato using multiple colour and infrared wavelengths.

The high-tech grading technology sees each potato scanned for even minor damage, such as early rots, machine cuts or bruises, that has been difficult for the industry to detect using previous technologies or even the naked eye. The camera technology makes a grade allocation based on the results so consumers can have confidence in the quality choices they make when shopping.

“The increased grading accuracy also has benefits for our supply chain by enabling us to expand our previous quality control reporting. This information can then be used to provide detailed defect and yield information to assist farm planning and agronomy,” he said.

“The fresh produce manufacturing industry is becoming increasingly sophisticated and consumers are far savvier and more discerning than ever, so it is important that as a market-leader Thomas Foods International Fresh Produce incorporates leading-edge technology and automation to deliver on those expectations and keep setting the gold standard in the industry.”

“Investing in this world-first technology and bringing it to our South Australian operations underpins our ongoing support of our own farming assets and local farmers. By which we are delivering high-quality produce to consumers, and this reflects our commitment to the community as an employer of choice and industry leader.”